At 3:41 p.m. the Claymont Fire Company was dispatched to Interstate 495 northbound at the Interstate 95 northbound on ramp for a report of a tour bus on fire. The bus, from Super Bus Incorporated, was traveling from Washington D.C. to New York City with a scheduled stop in Philadelphia. The first arriving unit found fire coming from the rear engine compartment of the bus. All the occupants were able to exit prior to the arrival of the fire company. There were 35 people on the bus, 31 passengers and 4 employees. The fire was quickly extinguished. There were no injuries to the occupants or emergency personnel.

Many of the occupants only spoke Chinese. Emergency personnel were able to communicate with a few occupants that also spoke English. The occupants and their luggage were transported to a nearby rest stop in Pennsylvania where they waited for another bus to continue their journey. The incident was declared under control at 4: 27 p.m. Once all the occupants were transported to the rest stop, and the bus was deemed safe, the scene was turned over to the Delaware State Police to have the bus towed from the scene.

Personnel from the following organizations responded to the incident: Claymont, Brandywine Hundred, Lower Chichester, the Delaware Department of Transportation, and the Delaware State Police. The Incident Commander was Fire Chief Mark Harris. 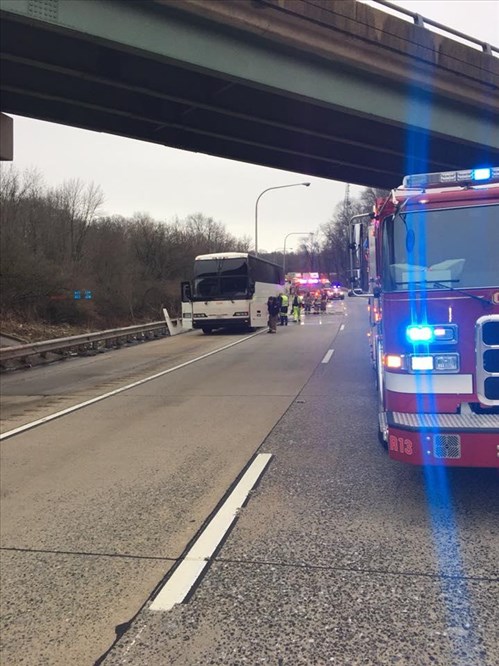 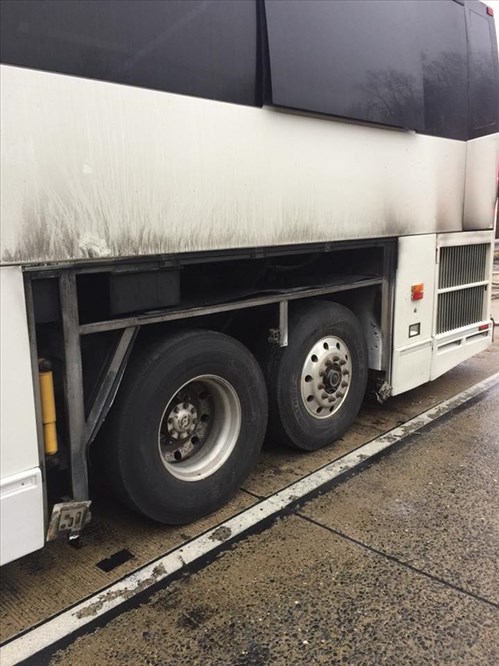 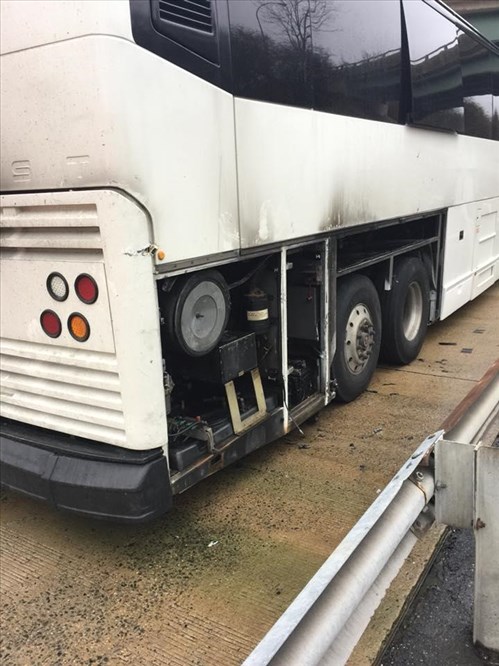 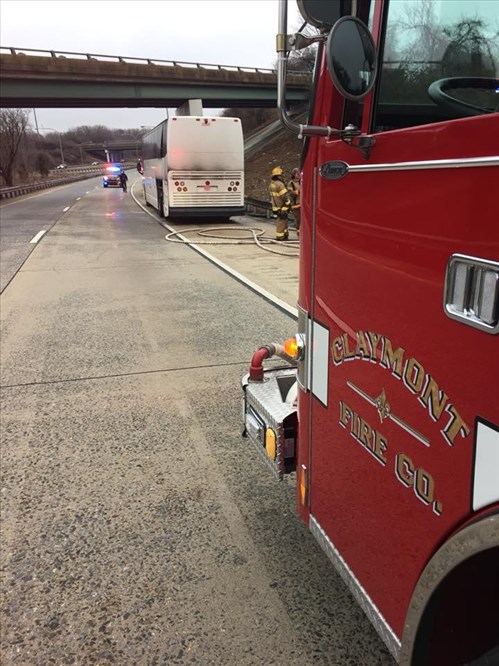 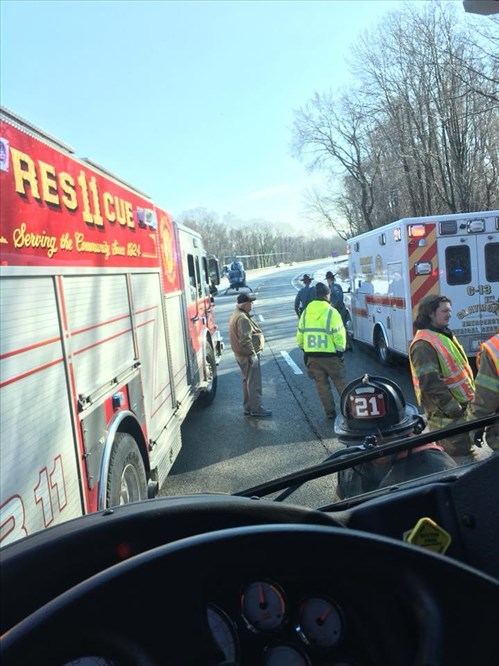